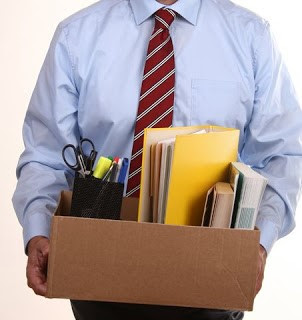 October 24, 1929 was a Thursday.  The weather was partly cloudy, chilly, with a daytime high of about 49 degrees Fahrenheit, cool for that time of year. People began their day like any other, breakfast, news reports, perhaps even morning prayers.  Many headed to work that day with cheer and positive anticipation, certain of the good things to come.  But by the time the sun went down, the New York stock market had crashed beginning the era in American history known as the Great Depression. Woody Allen, one of America’s most noted humorists, said it best, “If you ever want to make God laugh, tell him about your plans.”

Picture yourself in this situation.  You’re a dedicated workaholic.  You haven’t taken a vacation in two years.  For 70 hours a week you write proposals, review contracts, coach and mentor employees, attended budget meetings, sign forms authorizing whatever it is you authorize, and make eloquent, insightful speeches about the future.

This day starts out like any other (sound familiar?), coffee, family, checking emails and greeting co-workers.   And then comes the summons to report to the conference room. “Please have a seat,” the conversation starts.  As it continues, distraction slurs the speech and distorts the volume until beyond recognition.  There is brown, letter sized envelope on the table in front of you.   You can’t take your eyes off It.  Your name is on it.  And more blah blah blah, awkward smiles and then finally, coherence. “Unfortunately, (your name here) while we value your contributions to the company over the ___years you have been with ______________, your services are no longer required.”  “Me?  My services?” You say to yourself.   “I’ve had superior performance appraisals, progressively increasing responsibility, trophies, plaques and I just purchased a bunch of branded tee shirts from the company store!” But there it is.

Now don’t get me wrong, the dialog and tone are very respectful.  The financial consideration is fair, based on established precedents and guidelines.  Your name is spelled correctly in all the key places on the official notification you are asked to sign.  As a matter of fact, other than the bewildering pause that seems to be awaiting some acknowledgement or reaction from you, you can even say that you’ve had worse meetings, except for the part where you got fired.  No job.

It’s funny, the industrial revolution, a period where the world transitioned to mechanically influenced manufacturing process, took place between 1750 and 1850, more or less.  Prior to that essential period in world history and the relatively brief time after it, mankind was far more entrepreneurial, more agricultural, craft and skill oriented.  What you did for a living had more to do with legacy and tradition, reflecting social status.  Corporations, as we know them, did not exist and neither did these things we refer to today as jobs.

The job is a relatively new phenomenon.  Yet, somehow, we have come to depend on it like the most addictive narcotic.  I suppose it ties to our general fear of risk in our lives and to our need to feel nurtured and secure like an infant in arms, even though deep down, we know it to be an illusion.

It is human to think of job loss as a tragedy of the greatest proportion.  It rarely is, however, and perhaps not even an inconvenience since we don’t yet know what it will lead to.   What makes job loss so unsettling is the disruption of plan (hear God laughing?) which typically drives one of two reactions. I refer to them as why me and what now.  In cases where the departure is said not to be performance related or even when it is, the why me stage can be draining and counter-productive.  The response is typically business need this and bottom line that, but who really knows and what difference can it make.  On the other hand, the what now stage is critical and should be given the highest priority.  Think about it. Your plan is often the bridge over which God travels with His plan so the quicker you get started it just feels like the quicker something will happen.  Most of us have but so many grains of sand in our metaphorical hour glass.  Bills have to be paid and food has to be put on the table so Job loss can take quite an emotional toll.

Thursday, October 24, 1929, would come to be known as “Black Thursday.”  Will Rogers, another famed humorist, wrote in his syndicated newspaper column that day, "when Wall Street took that tail spin, you had to stand in line to get a window to jump out of, and speculators were selling space for bodies in the East River."  He was kidding of course, but some people did jump, taking why me to a tragic extreme.

If you are going to argue that why me can be a pathway to learning and improvement, in a Six Sigma kind of way, I’ll give you that provided the why (as in the 5 Whys) is restricted to only be the basis of cause analysis. That said, you and I both know that the why me in this situation is more the basis of self-sympathy, ignited by confusion and disappointment.  Let it go or if you simply must have an answer, to quote Bunk Moreland from HBO’s series, The Wire, “because it’s your turn.” (Yes, I quoted the Bunk.)

I claim no expertise on the topic of recovery from job loss and to be honest, I’m skeptical of those who do.  However, I have had enough positive and not so positive experiences in life, survived and learned a few simple, but valuable things along the way.  If you are struggling through job loss know that you are not alone.  My message here is that things will get better.  There is a plan. 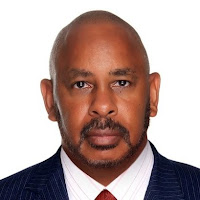 Posted in CallCenter Weekly at 12:09 PM

Email ThisBlogThis!Share to TwitterShare to FacebookShare to Pinterest
Labels: CCW